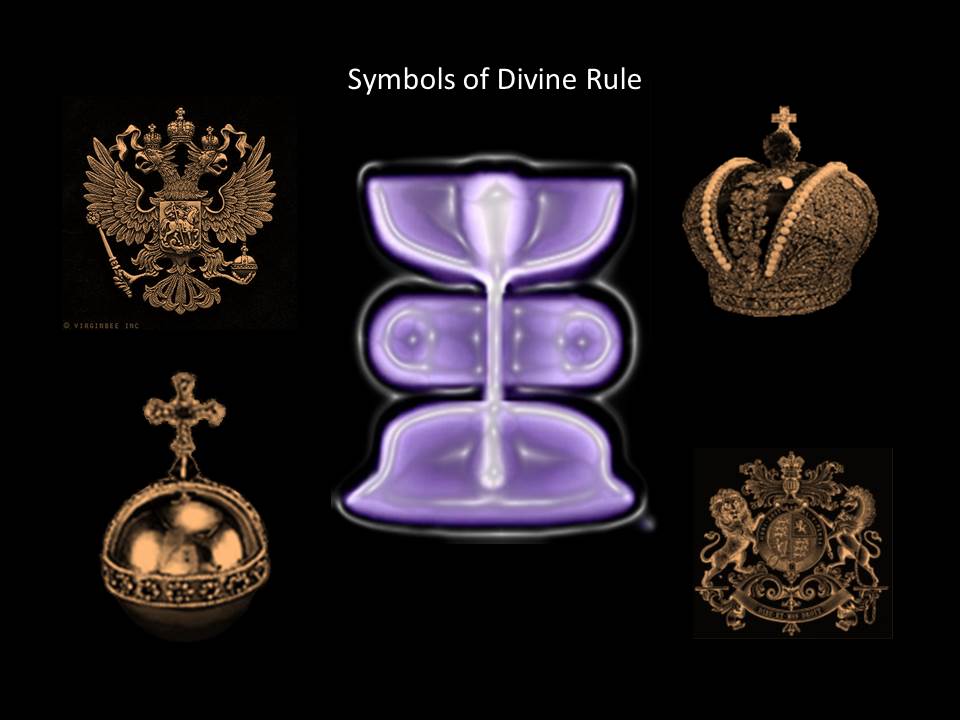 These are symbols that have been used to infer a sense that rightful authority is due a King or other ruler over the masses by the will of the Divine.  Each of these symbols is an esoteric trigger that awakens our subconscious recognition of power.  The final stage of the Peratt Instability in the opaque form has been  historically employed as a subliminal symbol to reinforce the power and authority of Royal personage.

Henry VII split the Church of England from the Church of Rome and declared himself head of both Church and State by no less than the Divine Right of Kings.  Compare the clothing of Henry VIII to the Squatter Man on the right.  It’s only a general resemblance but it will take a greater significance during the reign of his daughter, Elizabeth I. 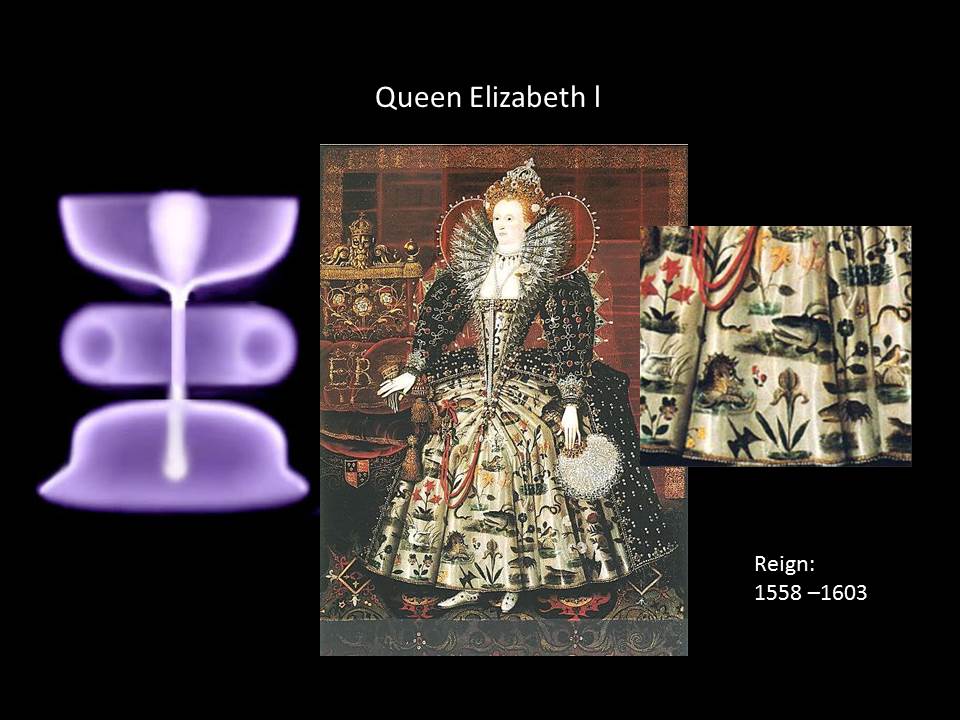 The exaggerated collar and extremely wide skirt is a striking recreation of the opaque plasma form as well as the ancient glyphs.  Emblems of legend and metaphor adorn the Queen’s skirt to further reinforce the impact of the gown.

The subliminal power of design would surely have instilled a sense of awe and respect for those adorned in the robes of power.  It would have resonated with people on a mythic level. 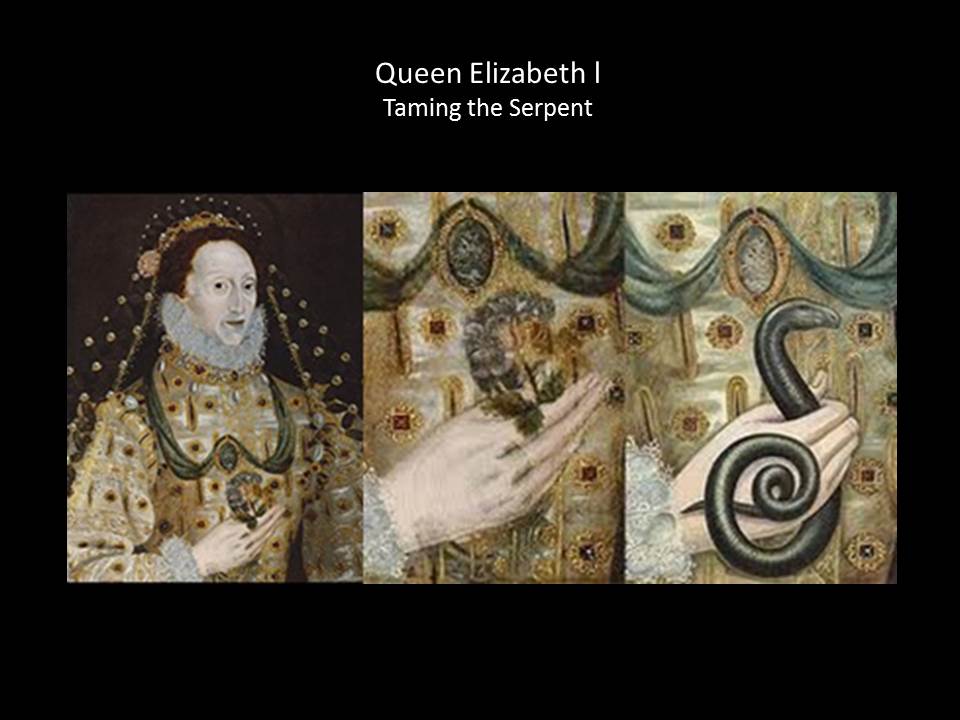 In this painting, Queen Elizabeth plays the role of the Goddess who tames the serpent; a significant symbol of Divine Power.

The Monas Hieroglyphica pictured on the lower left is the esoteric sigil created by John Dee, Magus and Court Astrologer to Queen Elizabeth I, as emblem of his esoteric treatise.  The Monad represents the moon, the sun, the elements and fire; and bears a resemblance both to  ancient solar catastrophe configurations and to the plasma squatter man.  Dee claims that his treatise would “revolutionize astronomy, astronomy, alchemy, mathematics, linguistics, mechanics, music, optics, magic, and adeptship.”  ‘No doubt that Dee was influenced by even earlier esoteric  teachings.

This is the Rainbow Portrait of Elizabeth I as Virgin Queen; and mother of her people.  She wears a symbolic toroidal field that places her royal head at its center.  It is a correspondence to the Van Allen Belts around our planet; our Mother Earth.  She becomes the esoteric archetype of the Pagan Goddess and the Protestant Virgin Queen.

This is Catherine the Great of Russia, a contemporary with our own  Founding Fathers.  She wears the wide plasma shaped skirt and holds the orb and scepter.  The double headed  Eagles are consistent with petroglyphs depicting a double column of plasma and with cymatic imagery observed by Hans Jenny.

Catherine’s crown is a blatant display of the Divine Right to Rule and the Royal Blood of Kings.   It is the Flower of Life and the Vesica Pisces, giving birth as it were, to an implied descendant of God.

A symbol of the cosmos, the world and the infinite: witness the essential meaning of the royal orb and the secret it holds, protected by the Guardians of Knowledge.

“…a sphere surmounted by a cross.  The ball as a symbol of the cosmos, or of the universe as a harmonious whole, is derived from the ancient Roman, who associated it with Jupiter and, hence, with the emperor as his earthly representative.

Christians adapted the symbol by setting a cross above the ball to signify the world dominated by Christianity.  Rulers were often depicted with the orb, but the first to hold it in hand at his coronation was the Holy Roman emperor Henry II in 1014; thereafter the “imperial apple” became an important emblem of the royal power invested in the monarch.”}